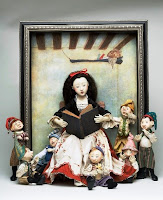 Well, well! One of the sure signs of Spring is not only the crack of the baseball bat, but the PlanetEsme round-up of the heavy-hitters of the prior publishing year! Especially in this economy (pah, how many sentences start this way lately?) we have to be especially thoughtful consumers, consistently investing in books that make a difference, which is why I'm proud of the quality contained this list. Whether adding to your shelves at home or developing a collection to be shared by many children in a library or classroom, you can trust that these titles are treasures, and will make any child rich with the joy of reading. And, rich we are; as in past years, the offerings through the months have been nothing short of bountiful. We have enjoyed another crop of outstanding biography, hilarious and poignant picture books, some unusually high quality in "bibliotherapy" this year as well as some really strong showings of presidential picks befitting an election year. I felt fussy about fiction, with trends that had some leanings toward more adult tastes, but found many titles that still were solid with a group and also resonated when reading alone by flashlight. Best of all, these books underscore possibility, laughter, an embracing of the past and of the wideness of the world, all connections that are a perfect prescription for children sickened by the trample-by-testing contagion...and offering a great prognosis for teachers, too, to remember that what we have to share is more than an answer that requires a number-two pencil. Again and again, authors and illustrators are a bottomless wellspring of fresh ideas, and the freshest idea to remember is that children's books remain our country's best hope for educational equality: a great book in the hands of a rich child is the same great book in the hands of a poor child, a great book in the city is great in the rural areas, too.

Even though every PlanetEsme Pick is a winner of sorts, chosen from literally thousands of books, as I proofread the list, a few seemed to jump out at me and fall naturally under headings of distinction: 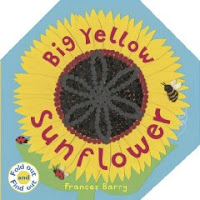 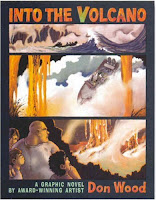 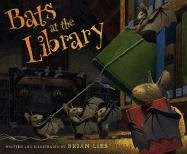 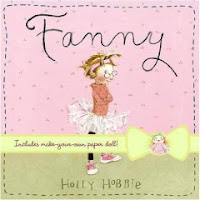 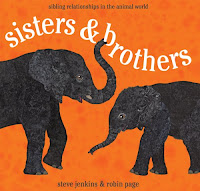 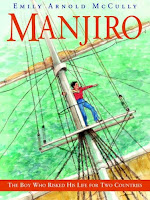 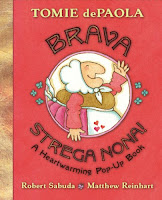 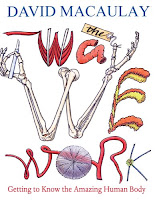 Labor of Love Award for amazing research and heart:
THE WAY WE WORK by David Macaulay (Houghton Mifflin)
OUR WHITE HOUSE: LOOKING IN LOOKING OUT by 108 renowned Authors and Illustrators and the National Children's Book and Literacy Alliance (Candlewick)
WE ARE THE SHIP: THE STORY OF NEGRO LEAGUE BASEBALL by Kadir Nelson (Hyperion)

The Don't-Come-Crying-To-Me-When-You Can't-Sleep Award:
ALL THE LOVELY BAD ONES by Mary Downing Hahn (Clarion) 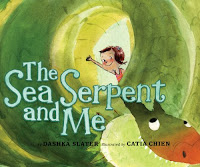 Artistic Soul Award:
THE FOOL AND THE VANISHER by by David and Ruth Ellwand (Candlewick)
THIS IS A POEM THAT HEALS FISH by Jeanne-Pierre Siméon, illustrated by Olivier Tallec (Enchanted Lion Books)
THE SEA SERPENT AND ME by Dashka Slater, illustrated by Catia Chien (Houghton Mifflin) 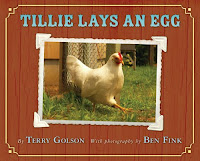 2008 was great, and so far 2009 is proving better than ever! Happy reading, please keep reading, and thanks for your support!
Links are provided for informational use. Don't forget to support your local bookseller.
Beautiful "Snow White reading" scene byFriedericy Dolls. Rightsreserved by the artist.
More Esmé stuff at www.planetesme.com.

Google Alerts lead me to your list. Of course i am voting for MERMAIDS ON PARADE!

Your blog is linked to my blog.

A-MAZ-ING. Thanks oodles and gobs!

The Diamond in the Window said...

It's wonderful that you are doing this. It adds more good to the world.

We here at Little Pond Farm are egg-static to have won the Hardboiled Award. In fact, we are celebrating right now by cooking up some eggs.

Did you know that I take Tillie (well, the actress that plays Tillie) to libraries, schools and indie stores for storytimes? I am definitely upstaged by a chicken -but my author ego can handle it. She is so charming : )

Just wanted to thank you.
Terry

Oy, Esme, how am I supposed to catch up??? I need a year off just to read all of these books. And the pile on my bedside table is already threatening to fall over! (Of course if I got off Facebook and go read an actual book, that might help!)

There’s a new blog officially launching that I thought you would find interesting because it’s much like yours. Lindsey’s Library, www.lindseyslibrary.com, is a young adult literature review blog created specifically for teachers and librarians with over 80 reviews already posted and more going up all the time. Lindsey Miller developed the blog and writes the reviews in order to illuminate wonderful works of young adult literature both past and present.

If you’re interested, check out http://www.lindseyslibrary.com. You can comment on the reviews or send Lindsey a message recommending new books to review or general thoughts on the site overall.

A book a day, I love that. A book I think you should try is The Adventures of Kid Humpty Dumpty. It tells the story of the many adventures of every bodies favorite egg boy long before he took his famous fall. Check it out at www.eloquentbooks.com/theadventuresofkidhumptydumpty.html

What a wonderful list! One book I loved this year is called Look Behind! by Lola Schaefer. It's nonfiction (always a plus!) but with a twist. Thanks for what you do for children.

Hey Esme, thank you so much for naming Crazy Like a Fox a PlanetEsme Pick.

BTW, one of my childhood cats was named Esme... she would scoop up snow in her paw and lick it... a feline snowcone, I guess.

Keep up the great work!