"The way I see it, Lester, anyone can be an artist...What do you see? What don't you see? What do you want to see?"
A little boy tries diligently to find his voice in a family of fine artists, and discovers that chicle is his medium of choice. But will his gooey pink masterpieces garner enough respect to win him the school art contest? The unconditional and enthusiastic support from Lester's family is a thing of beauty, though his bubble shaped like Mona Lisa eating a hot dog, pickles and a side of cheese fries comes in a close second! Though this story is painted in many shades of silly, on the straight side it has many visual allusions to famous art that is handily referenced in the back. When the story is over, can the children find a Mary Cassatt? A Pablo Picasso? A Munch, a Vermeer, a Van Gogh? A great picture book pick for art appreciation, and for appreciating the artist in all of us. (6 and up)
Also of interest:
Another likable boy with an unlikely talent!

OGGIE COODER by Sarah Weeks (Scholastic) Oggie has skills when it comes to "charving," or chewing cheese into any shape he wants, and is particularly adept at chomping them into our fine fifty states. Recognized as a contender for the wacky Hidden Talents television show, will his skill be enough to beat out the likes of the boy who can stick quarters up his nose or the girl who paints with pudding (hey, Lester Fizz, I think I can hook you up!)? Hardest of all for Oggie is keeping up with Hollywood appearances, even with some serious pushing from Donnica Perfecto, his talentless junior manager and celebrity social-climber. Though personally I found the "charving" premise rather repulsive by chapter three and I couldn't stop thinking the boy was named "Oogie" instead of "Oggie," Weeks' voice is modern and her characters quirky and distinct. Several boys (who surely represent more of the intended audience, and had stronger constitutions than I) cottoned to Oggie and look forward to more situations featuring their down-to-earth, cheese-charving friend. (8 and up) 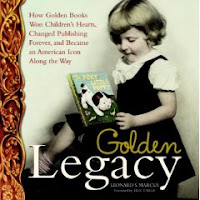 On a personal note: Matzo Balls with Marcus!
Another PlanetEsme Bookroom event, to which you are invited! On Sunday, September 14th at 3:30 p.m., I am honored to host a cozy, soup-slurping afternoon with the legendary Leonard Marcus, one of the most respected writers, speakers, historians and critics in the world of children’s literature! Monsieur Marcus is the author of

A GOLDEN LEGACY: HOW GOLDEN BOOKS WON CHILDREN'S HEARTS, CHANGED PUBLISHING FOREVER AND BECAME AN AMERICAN ICON ALONG THE WAY; A CALDECOTT CELEBRATION: SEVEN ARTISTS AND THEIR PATHS TO THE CALDECOTT MEDAL; DEAR GENIUS: THE LETTERS OF URSULA NORDSTROM (one of my favorites!); PASS IT DOWN: FIVE PICTURE BOOK FAMILIES MAKE THEIR MARK and THE WAND IN THE WORD: CONVERSATIONS WITH WRITERS OF FANTASY, among others. (Finally, an author whose book titles are longer than mine!)

His latest and possibly his most accomplished title is MINDERS OF MAKE-BELIEVE: IDEALISTS, ENTREPRENEURS AND THE SHAPING OF AMERICAN CHILDREN'S LITERATURE, which is the most comprehensive and readable history of children’s books available (“best summer nonfiction reading,” says NPR, and “a tour de force,” says his starred review in Booklist). Come and meet this remarkable scholar and awfully nice guy, and ask anything you’ve always wanted to know about children’s literature, past and present!

The Bookroom is a private venue on Chicago's north side, and space to this event is limited, so RSVP via e-mail reply (esmeATripcoDOTcom), with where I might know you from and your contact info, and you’ll receive a confirmation reply with the exact address this week. The event is for grown-ups and admission is free, but we do ask that attendees purchase at least one title, available at the event, in support of our special guest! Mr. Marcus will be available to sign books purchased at the Bookroom. It's sure to be an enlightening and delightful afternoon. Hope to see you there!

Thanks also to all who attended the Wish List Wednesday book talk this past month. We touched on over fifty great new titles, what a marvelous marathon! Hope to do it again later in the fall. Whoever left the lovely plate of cookies, I still have the lovely plate. Not the lovely cookies, though; they are all gone!
Links are provided for informational use. Don't forget to support your local bookseller.
More Esme stuff at www.planetesme.com.

Posted by Esme Raji Codell at 9:05 AM

Thanks for visiting my blog, so that I could find this lovely blog! I will visit often.

We have many of your books and love them!

Question for you as an author... If I wanted to boost fluency and motivation by creating a classroom Youtube account where students could read aloud from books would that be legal? I'm not sure if you're aloud to read from whole books online. I'm student teaching so I'm not doing it right now- just something I thought of.

Karen, that's more of a lawyer question than an author question. It's hard for me to imagine publishers or authors being angry over a video that shows books being used as they were intended but authors have different arrangements with publishers regarding performance rights, and even though they may have authored a work, they may not have the authority to grant you permission. That said, there are also different rules governing educational use, children, and citing from works for promotional purposes.

"It depends" is never a very helpful answer, but I'm afraid it's the one I have!