Hello, friends! Catching up a bit as I am still finding a balance between blogging, mom-ming, grad school, cake-frosting and being a full-time public school teacher librarian, but I haven't forgotten our fun and am busy compiling a list of this year's best.  Meanwhile, I can't resist sharing my picks for the 2011 American Library Association's Newbery and Caldecott Awards, the "Oscars" of the children's book world, to be announced tomorrow morning. Here's where I am laying my bets: 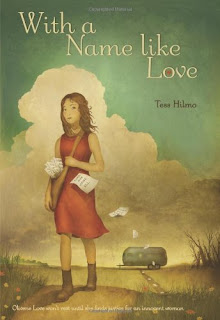 WITH A NAME LIKE LOVE by first-time author Tess Hilmo (Farrar, Straus and Giroux).  how exciting it would be for a mystery to win, a well-done sample of the genre that children will enjoy, but at the same time, fitting into the quirky, small-town, girl-centric character-driven mold that spelled success for past winners like Susan Patron's THE HIGHER POWER OF LUCKY and Kate DiCamillo's beloved BECAUSE OF WINN-DIXIE. 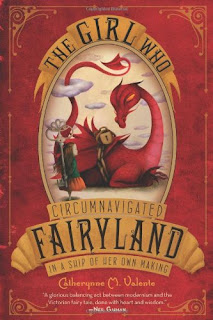 The muy populare THE GIRL WHO CIRCUMNAVIGATED FAIRYLAND IN A SHIP OF HER OWN MAKING by Catherynne Valente, illustrated by Ana Juan (Feiwel and Friends), an imaginative quest bringing together the classic flavor and imaginative casting found in The Phantom Tollbooth and Alice and The Wizard of Oz, but with a modern sensibility and erudite sauciness that might tickle the fancy of a team of librarians. 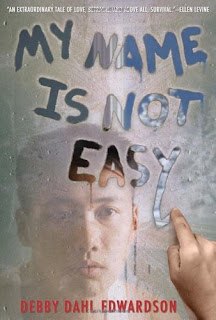 MY NAME IS NOT EASY by Debby Dahl Edwardson (Masrhall Cavendish). Inspired by her husband's childhood, this is a stirring narrative of an Iñupiaq boy discriminated against at boarding school, told with the prowess, drama, and emotional insight that hearkens back to Louis Sachar's HOLES and situations described in the mighty autobiography by Ednah New Rider Weber, RATTLESNAKE MESA. What a great opportunity it would be for classrooms to discuss Native America in a civil rights context, and to discover a chapter of history all too recent and all too unknown. Whether it wins or not, we should be adding it to our collections and our conversations.

A number of books that have been getting a lot of buzz, and garnered a following through the year. Brian Selznick has been a deserving golden boy of children's books, enjoying recent popular success with his INVENTION OF HUGO CABRET, and fast on its heels was this year's equally formidable WONDERSTRUCK,  about a deaf girl's perceptions of the end of the silent film era. Selznick's thematic love of the movies and reinvention of the book form continues! Other hotties are Franny Billingsley's high fantasy CHIME,  which will likely at least take a Printz award for Young Adult Fiction; Gary D. Schmidt who often creates intermediate/young adult hybrid books has won many silver medals for his work (LIZZIE BRIGHT AND THE BUCKMINSTER BOY THE WEDNESDAY WARS) but may yet take the gold for OKAY FOR NOW; and Colin Meloy's WILDWOOD, 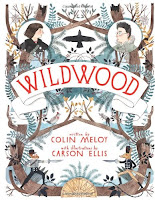 another nod to classic fantasy as Portland, Oregon serves as a portal to the netherworld of The Impassable Wilderness, and is a beautiful tome to hold and to read.

I have fingers and toes crossed for one of my favorites of the year, the beautifully written and poignant prose-poem about a girl who journeys from Saigon during the Vietnam War to Birmingham, Alabama,  INSIDE OUT AND BACK AGAIN by Thanhha La (HarperCollins) (which already has received a National Book Award nod).  I always hope that some poetry or nonfiction takes the Newbery (how about this year's WON TON, by Lee Wardlaw; I have yet to meet someone who doesn't love it or like it a lot); departures from fiction doesn't always happen with the Newbery, but it's always interesting when it does (and there's always the Sibert Award for outstanding nonfiction, and one of my favorite prizes). 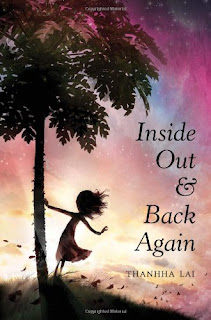 As for the Caldecott Award, my personal favorite as far as jaw-dropping-gorgeousness was BROTHER SUN, SISTER MOON: ST. FRANCIS OF ASSISI'S CANTICLE OF THE ANIMALS (Chronicle) reimagined by Katherine Paterson and brought to life in the paper-cut illustrations of Pamela Dalton, an artistic feat which seems almost super-human, the meticulous-labor-of-love likes of which I have not seen since Robert Sabuda's WONDERFUL WIZARD OF OZ (a pop-up book which should have gotten a Caldecott but was probably considered a novelty). Hopefully Dalton's unusual efforts will not be overlooked. 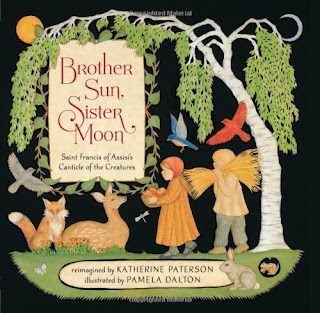 But then, there are a lot of picture book veterans pulling out the big guns:   Marla Frazee's STARS is a favorite to win, being that she is a bit overdue for a Caldecott, as is Arthur Geisert (ICE) though I'm sure all the artists sweat (albeit admiringly) when the masterful Chris Van Allsburg QUEEN OF THE FALLS) or Maurice Sendak (BUMBLE-ARDY) have new offerings. Then again, Jon Klassen's I WANT MY HAT BACK has a lot of fans, though its rather abrupt naturalistic finish lines might leave it a cult favorite. In a year of stand-outs, I have a suspicion this year's winner could be a sleeper, and I can't wait to wake up and find out whose dream came true.

Certainment, two of the very best illustrated books of 2011 were FAIRLY FAIRY TALES illustrated by Elisa Chavarri, a stylish and eye-popping work which sadly came out too early in 2011 to be properly remembered when awards rolled around, and Jennifer Plecas's slam-dunk in THE BASKET BALL, probably too pink to take the gold, but still a picture party that I know many little girls will be so happy to attend. Luckily we're all such good sports!  A special thank you to these illustrators who made this past year extra special for me, and congratulations to all the authors and illustrators who had works published this year.  Medals or not, we win every time a child opens a book!  Happy reading! 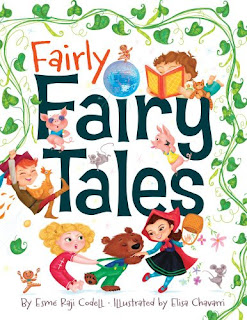 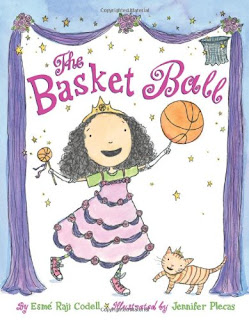