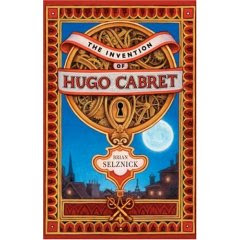 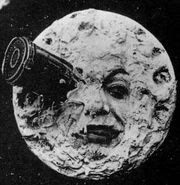 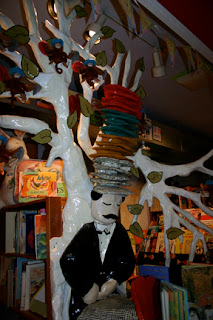 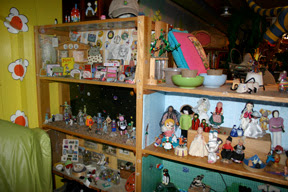 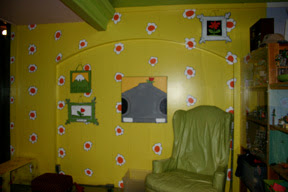 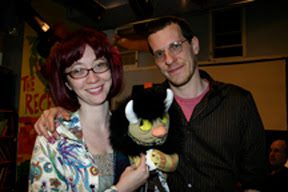 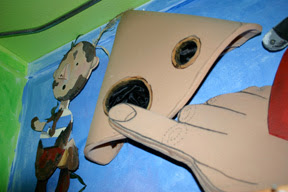 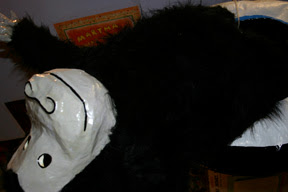 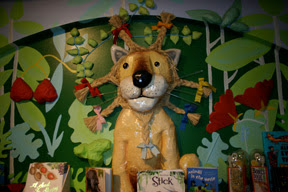 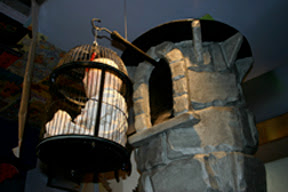 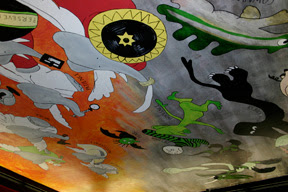 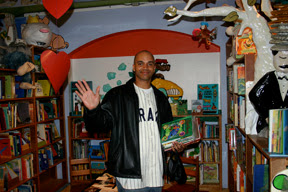 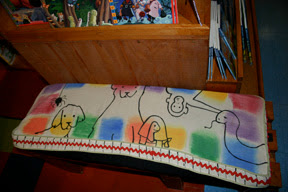 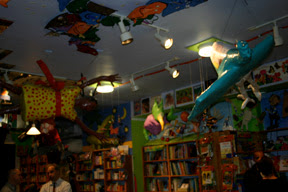 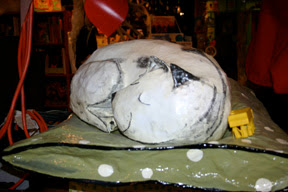 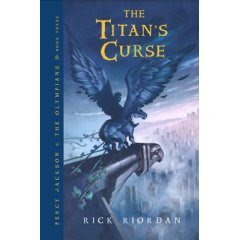 And it has come to my attention that some young people in this country still have not read Rick Riordan's PERCY AND THE OLYMPIANS series (Hyperion)! Gasp! This is a very grave situation! Children MUST not miss out! This is our American Harry Potter, the thrilling chronicles of a boy who thinks he has behavioral disorders, only to find out that his father is a Greek god, thus making him a demi-god and prone to, uh, learning differences, and more than a few breathtaking adventures! Children can brush up on Latin and mythology subliminally, and best of all, the series has kids disappearing for hours to read, carried off and away by the fantasy. The latest one, THE TITAN'S CURSE, is out now! Get all three for perfect summer reading for ages 10 and up.
Links are provided for informational use. Don't forget to support your local bookseller.
Posted by Esme Raji Codell at 3:20 AM

Being a frequent visitor to the Kansas City area, and actually prepping to move out there at summer's end, it is extraordinarily exciting for me to see you speak of the Reading Reptile with such a glow. It is always the first thing I do when I get into the city (and ususally the fifth, the sixth, tenth, twelfth, etc...) and it is truly a little slice of heaven on earth. Thanks for recognizing it in all its glory!

I must also agree that Gerstein's Carolinda Clatter is one of my favorite picture books to read aloud to my kids. Your post reminded me of how much I love to read your reviews and writing on children's literature. I have posted about this today on my blog at:
http://literaturedoe.blogspot.com/2007/05/my-childrens-literature-hero-esme-raji.html
Thanks Esme!

Esme, thank you for sharing your wonderful photos - I linked to this post from our library system's merchandizing (display) blog, Grooming Tips from Sneaks.

Wow, what an amazing place that Reading Reptile! You've inspired me to go check it out!

My family just finished reading The Invention of Hugo Cabret. We Loved IT!!!! My son is only 5 and so we read it out loud. As my husband was listening when I started the first chapter he got wrapped up too. We read it out loud in just 2 days. Thanks for always recommending great reads.

What are the intellectual property considerations concerning displays like Reading Reptile's?

In response to anonymous: I am certainly no lawyer and can't answer your question with any legal authority, but it seems to me that, frankly, any publisher who would go after a party who was going out of their way to ultimately promote the work and characters of their authors would have to be crazy. Publishers spend mucho dinero on bookmarks and posters featuring characters and general "branding," and if someone spends their own time and money to create such positive and promotional representations of another's intellectual property, they should be thanked, not sued. Reading Reptile is not suggesting they created or own the characters. They are reminding people that they exist, and they are available in another form which can be purchased. I don't see how this is actionable in terms of intellectual property, since it is in no way hurting the work or taking credit for it, in fact, it's the exact opposite.

I have another thought about intellectual property (again, from a personal perspective, not a legal one). Art inspires more art, and anyone who makes art should know that is a (flattering)side effect, and one that can't be controlled. When I read the Three Bears and as a result, decide to make porridge, I am having a motivated, inventive response to the art (the third "i" in my Reading Motivation Theory descrived in How to Get Your Child to Love Reading). As an owner of a copy of the books being represented, I think Debbie would have the right to respond to the art. Some people do it through criticism, she happens to do it through celebration.