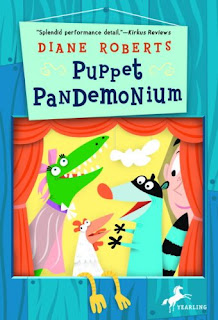 (shout out to Buda and Kyle...would someone there please adopt me?!) 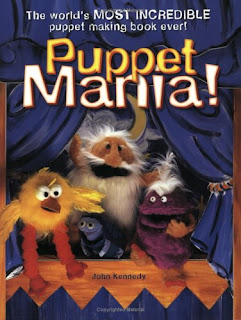 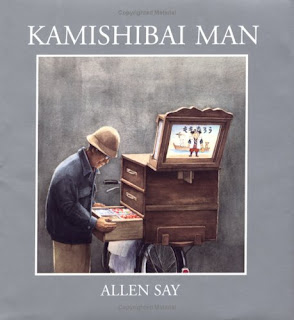 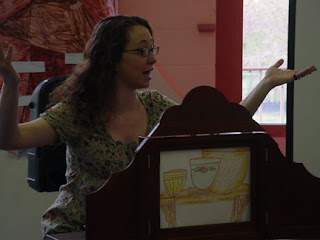 "Goldilocks and the Three Bears" kamishibai-style!
I drew some of the pictures, and the four-year-olds drew the rest.
Play some jaunty background music as you read, and you're off! 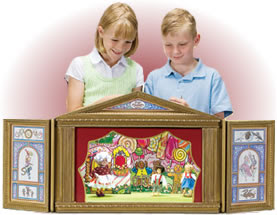 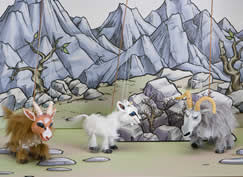 Links are provided for informational use. Don't forget to support your local bookseller.
Posted by Esme Raji Codell at 1:49 PM

You've been flying over Harvey, no? Two weeks ago, the fifth grader book club became entranced with a new Folkmanis shipment, and decided to stage a puppet show for the younger kids. We are still working on our characters --what color are their rooms, and what favorite ring-tones?-- so these suggestions couldn't be more timely.

You scare me. In the best of ways.